I stand for freedom of speech. But I live in the real world (like all of you), and I am well aware that absolute freedom is impossible. It is always in conflict with the laws of states, our way of life, moral constraints and the ambitions of individuals. And sometimes following the principle of complete freedom can harm not only the user who violated any of the above, but also other innocent users. Therefore, there are some rules and restrictions on this hub.

Important note: All of the rules and restrictions described in the previous paragraphs of these Hub Rules apply not only to posts but also to reposts (retweets/retoots/busts) from this and other instances, as well as posted links.

Attitudes toward free speech on this hub 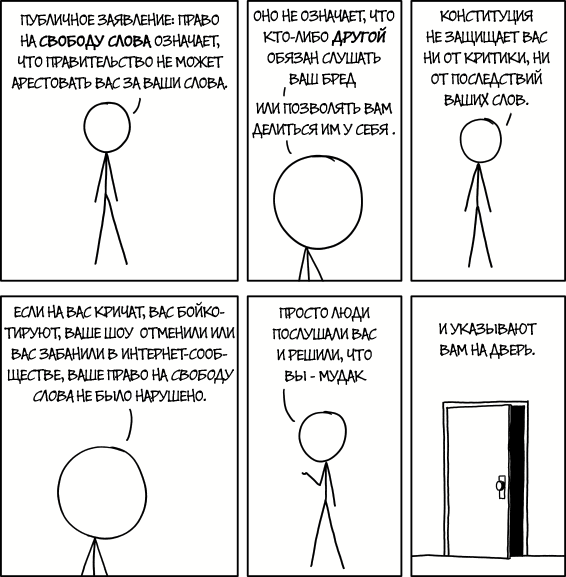